Currently, we have 2 types of cattle on the farm, Dexters and Lowlines.  Dexter Cattle are an Irish breed developed in the late 1800’s for families on small plots of land. They are the  smallest purebred cattle. Cows get to about 750-850 lbs, and bulls get up to 1100 lbs. They finish well on grass, and produce a well marbled meat. We currently have a Dexter Bull and 3 Dexter Cows. The Lowline, also called the Lowline Angus is a breed developed in Australia using Aberdeen Angus from the UK, Australia, Canada and the US in the late 1920’s. They were raised for there ability to do well in small pastures. Cows weigh between 700 and 1100 pounds, and bulls from 1100 to 1400 pounds. We currently have 1 Lowline cow.

We raise 2 breeds of sheep, the Painted Desert Sheep and the American Black Belly Sheep. Both are hair sheep. They grow a wool undercoat which they shed in the summer without sheering.  Both of these breeds are known for their mild tasting lamb. 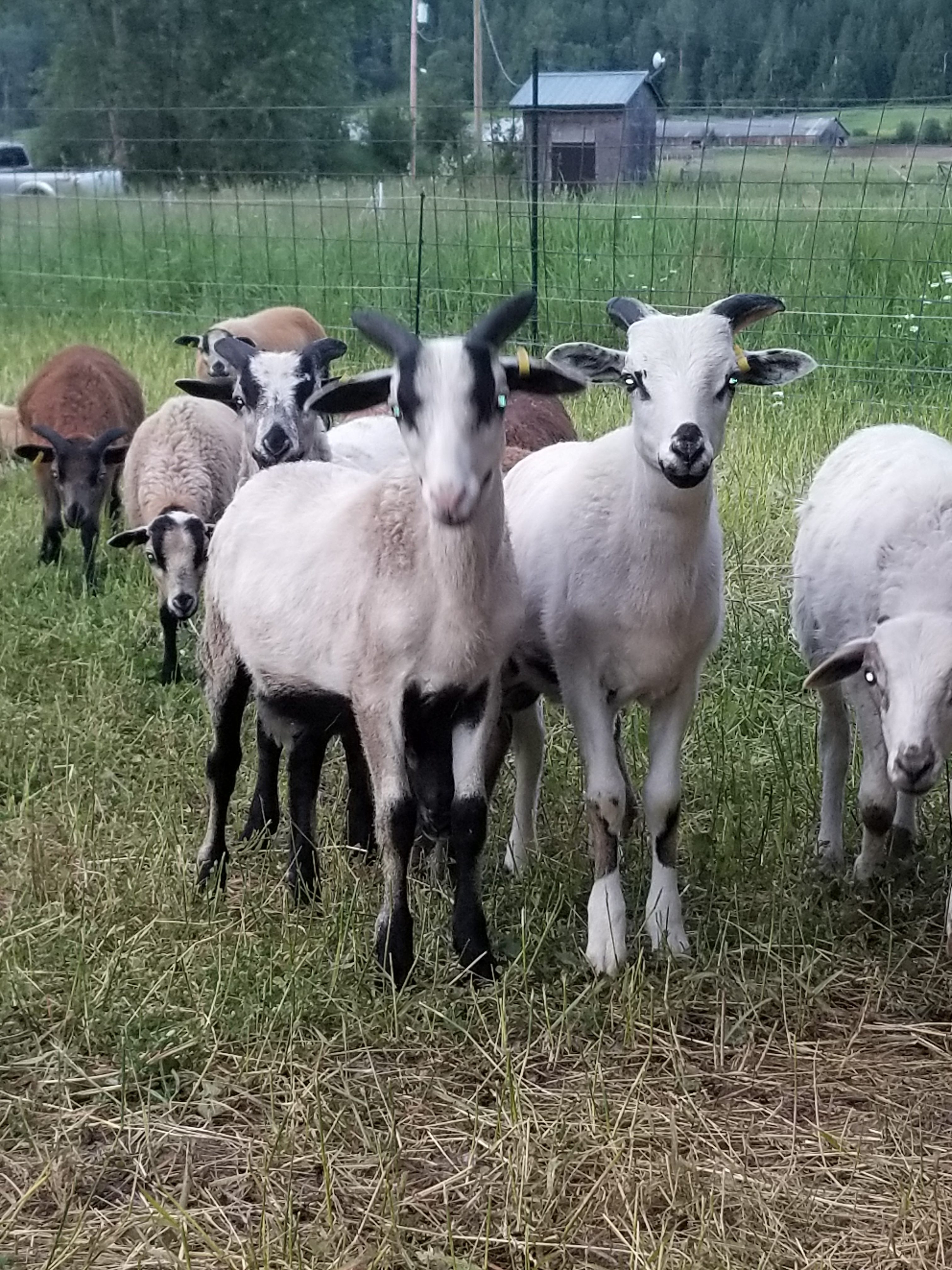 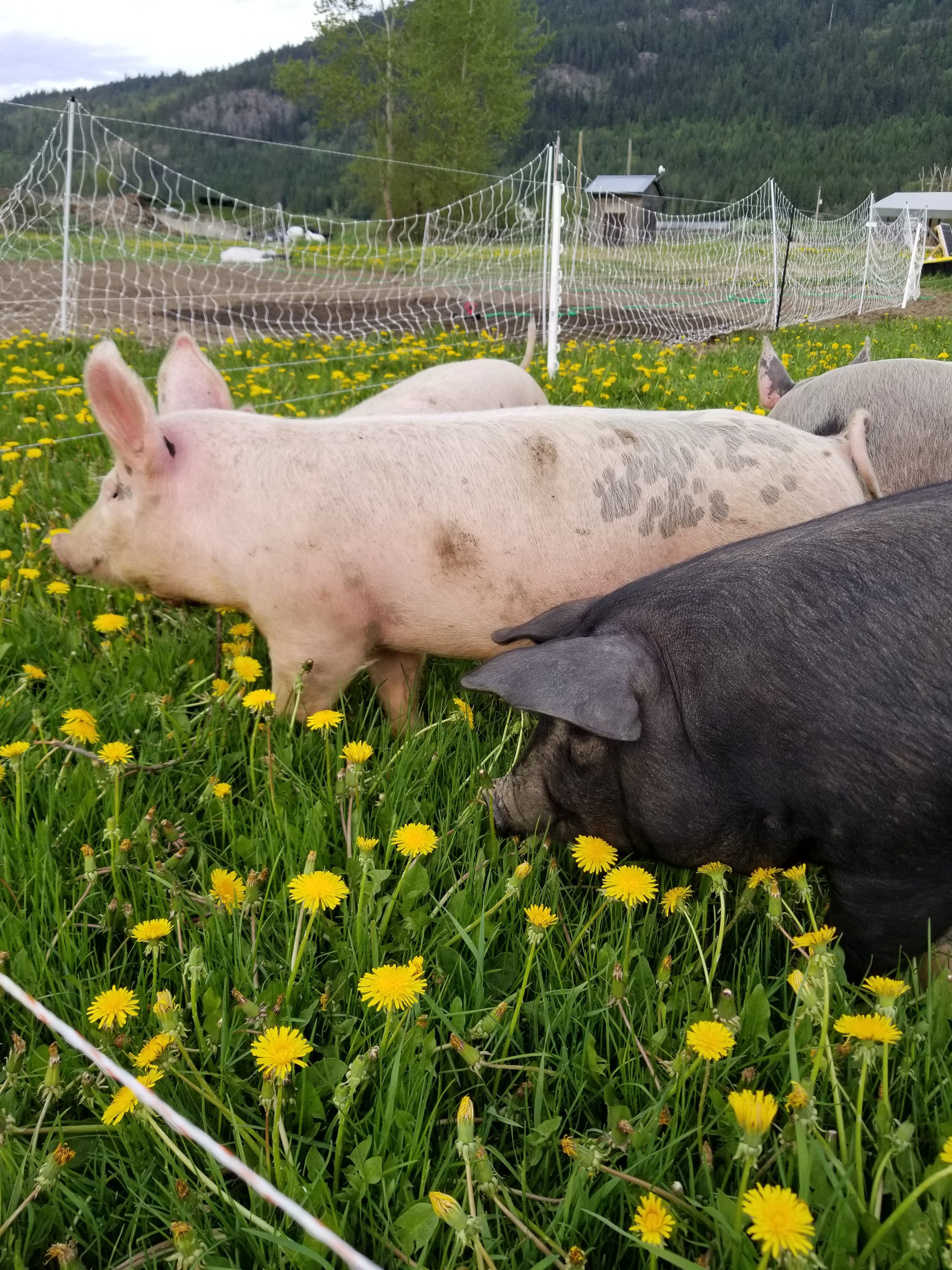 Currently, we have Yorkshire crosses (the light pigs), and Berkshire Large Black crosses. Both breeds are known for their foraging  abilities and the flavour of their meat. We are hoping to get a Berkshire boar and a gilt in order to begin to raise our own.

We have our first flock of Ridley Bronze Turkeys. This a Canadian breed of Heritage Turkey developed in Saskatchewan in the 1940’s. They are a calm, gentle breed, and capable of flight. They also do well in colder climates.  Females get to about 17 pounds, with Toms getting to 25-30 pounds. They do well free ranging and tend to roost in trees. Unlike most commercial breeds, the Ridley Bronze can reproduce naturally and tend to be good mothers. 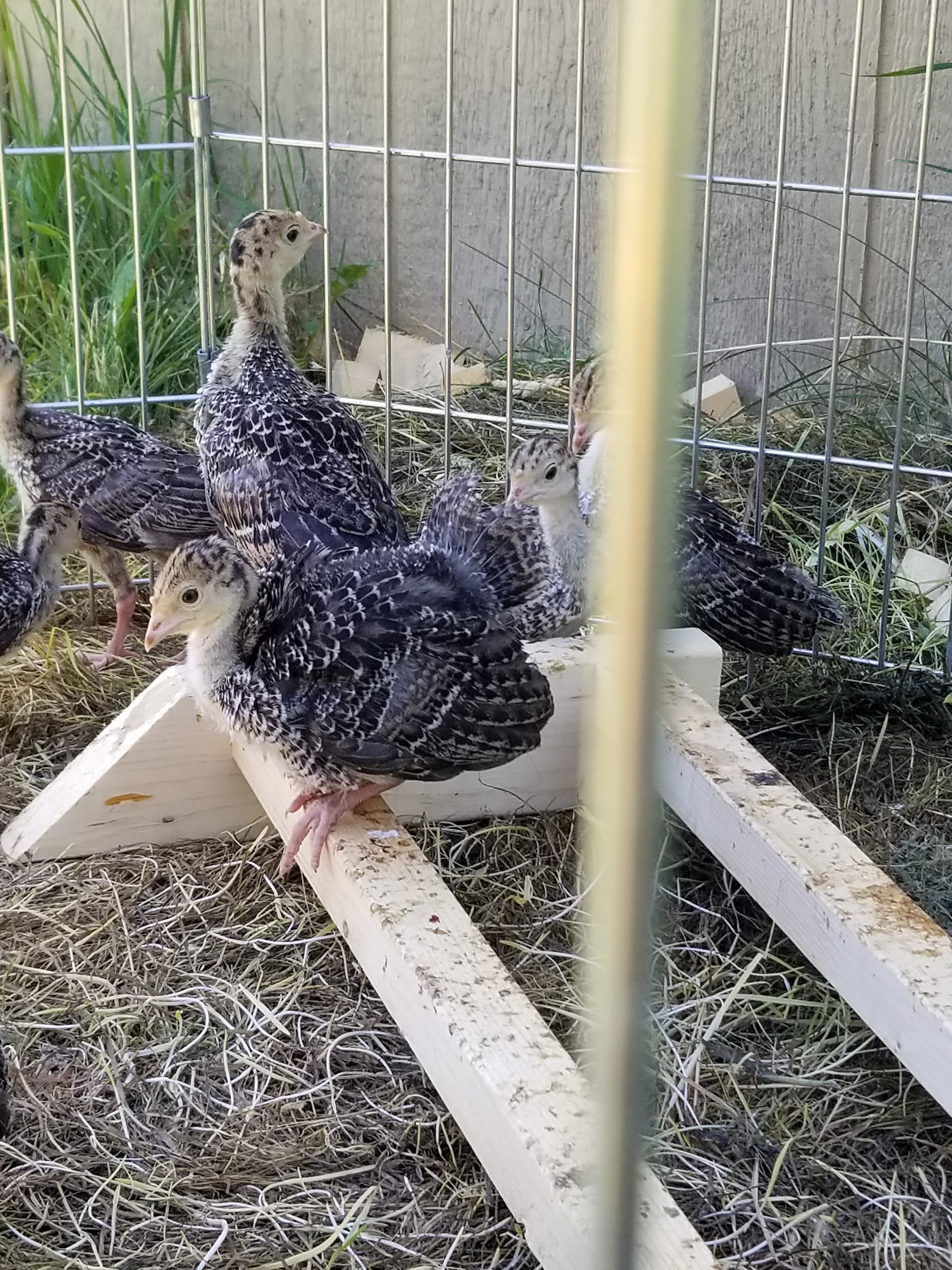 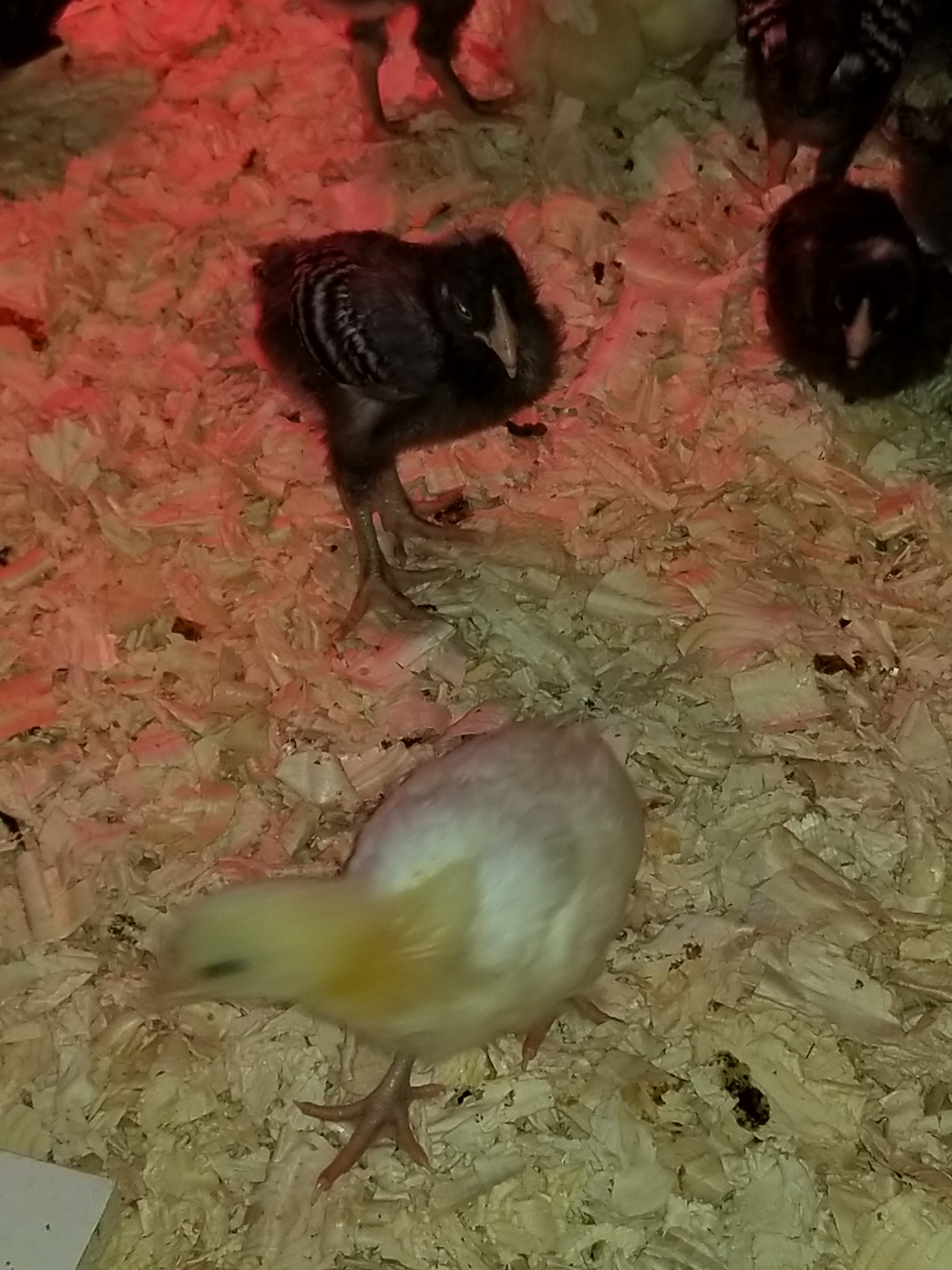 Currently we are raising 3 types of chickens. Our meat birds are Western Rustics. They are a hardy, slower growing broiler bird and are good foragers.They reach 5.5 pounds in about 10-12 weeks, unlike the Cornish Giant, which reaches the same size in just 8 weeks.

We also have 2 flocks of dual purpose birds. The Barred Rock (also known as the Plymouth Barred Rock) and the White Chantecler. The Barred Rocks are an American Breed that was a staple on farms from the late 1800’s until after WW2,  when factory farming all but replaced them. Lately, they have been making a comeback.

The White Chantecler is a Canadian Breed developed in Quebec in the early 20th century. They are extremely cold tolerant and an excellent dual purpose bird.